Cricket on the Beach 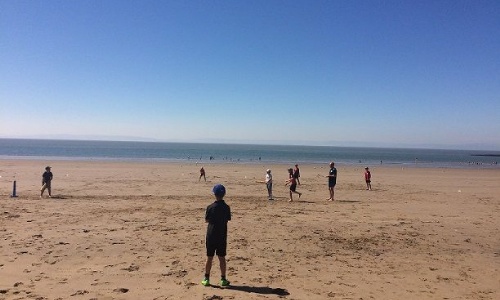 On Tuesday 26th June Fairfield cricket team went to Barry Island to play beach cricket against other schools. Each team started on 200 runs and every time there was an out they took 5 points off the score. In our first game we won with 271 runs to 235. In our second game we won 285 runs to 215. Our final match was cancelled because the other team went home so we played in twos against each other. A few players from another school joined us. We also learnt to play Boccia; it was an amazing day in the sun and Mrs Stead even let us play in the sea to cool down.  Afterwards we were treated with slush puppies and ice cream.  Thank you to Mr Lay for helping.

Written by Seb and Joe