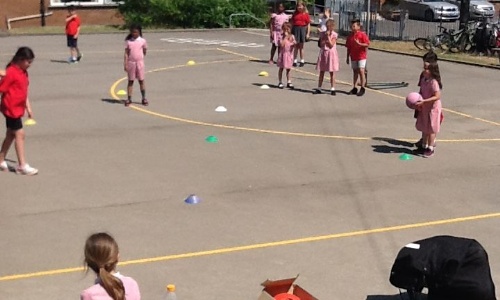 As part of Year3 and 4's topic 'Sportswear Designers' we have been inviting in sports people to teach us all about their sport.

On Thursday 28th June we welcomed Isabelle Dunsford, U21'S Welsh netball player in to school to deliver netball workshops to the children. They learnt how to change direction, receive passes whilst on the move, throw a netball pass and shoot. This was lots of fun and the children, as always, behaved impeccably- Da iawn.