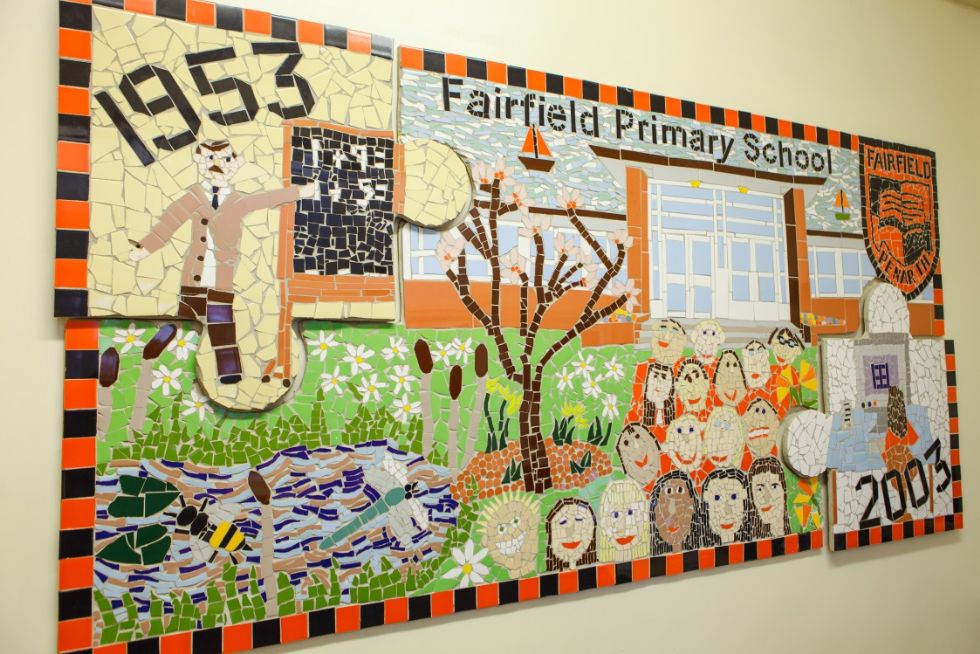 A brief history of Fairfield

Fairfield Primary School, Penarth first opened its doors to children on 13th April 1953 and was officially opened by County Alderman, R.A. Thomas on 20th May 1953.

The school celebrated its 50 years anniversary in 2003 marking the occasion with various events, notably a public exhibition of photographs, documents and mementoes which was very well attended, especially by former pupils and previous members of staff.

Also the children worked with an artist to produce a mosaic (pictured below) to commemorate the 50 year anniversary. The mosaic is situated in the main entrance hall. 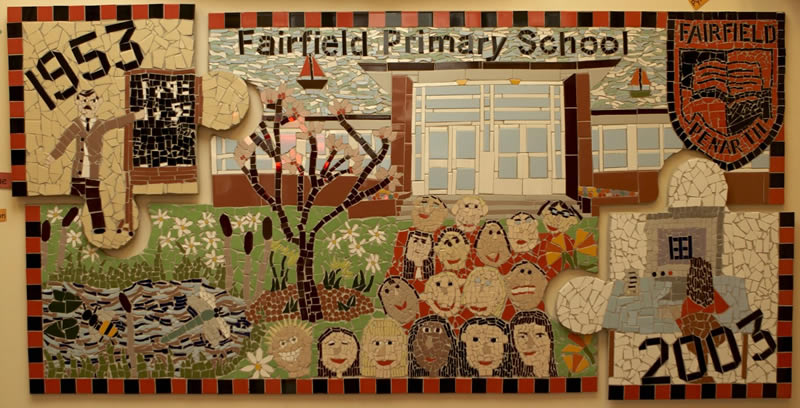